One of the most versatile and important discs to be able to throw is a fairway driver. These discs are usually the perfect option for tight wooded lines, tunnel shots, or anything from the fairway that requires more distance than a putter.

I thought it would be fun to put together a list of the most popular and overall greatest fairway drivers that Innova manufactures. Let’s get to it and start comparing these great drivers! 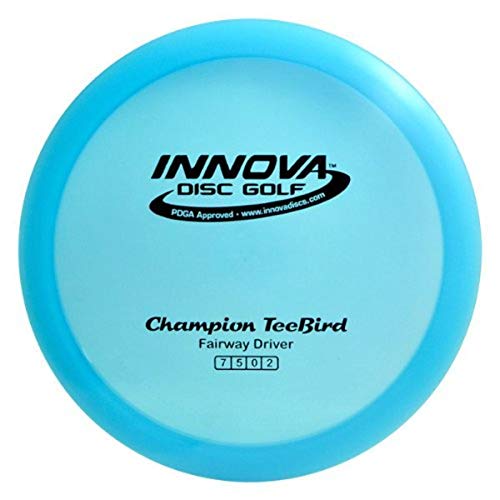 The perfect driver that flies straight and glides down the fairway!

Key Points in this Buyer’s Guide:

What are the Best Fairway Drivers From Innova in 2022?

The Innova Teebird was made to be one of the straightest Innova discs available. If thrown correctly you’ll get a long flight before a small and smooth fade.

It’s considered a control driver because of the consistency and control that it gives all players. As long as you’ve played disc golf before you should be fine throwing this fairway driver.

One of my favorite shots to use the Teebird on is a flex forehand. Not all disc golfers enjoy throwing sidearm, but this disc feels great in the hand and snaps out easily and fast.

Another reason this is one of Innovas best discs is because of how accurately it can be thrown while still getting a ton of distance.

It’s versatile, overstable, easy to throw, and every disc golfer should have a fairway driver that works well on tight tunnel shots.

The Teebird is great for: 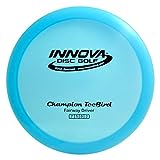 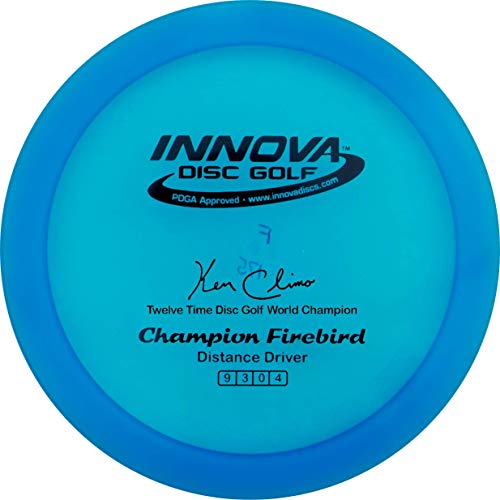 One of Innovas best selling discs, the Firebird, is an overstable fairway driver with a lot of fade. A lot of players will be able to increase their maximum distance by flexing the firebird with some height on the disc.

Out of any fairway driver, this disc is thrown forehand so often because of the grip and control that it has.

For newer players with less arm speed, the Firebird will be much more overstable and will begin to hook much quicker. It can be harder to get the full flight out of the disc until you’re able to release it fast enough.

Once you get familiar with the Innova Firebird and know how it flies, it’s the perfect fairway driver that’s predictable and consistent with both forehands and backhands.

I consider this my utility disc as well since it can be thrown for thumbers, tomahawks, or any other unique shots used to get out of trouble.

The Firebird is great for: 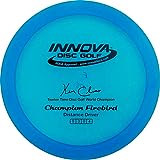 Read my full review of the Innova Firebird here. 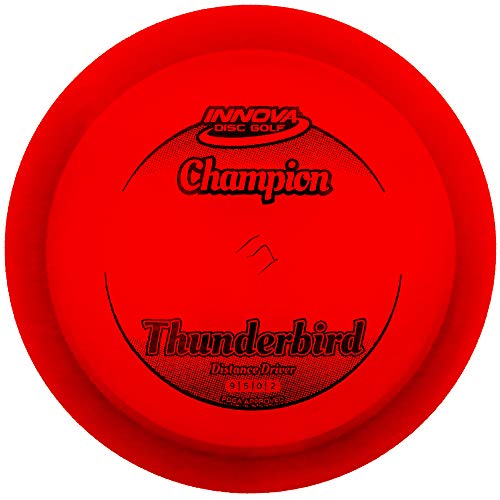 The Thunderbird is another overstable fairway driver, but it’s more stable and easy to manage than other drivers like the Firebird. This disc is very similar to the Teebird, with the exact same flight numbers except for speed.

With 9 speed and very little fade, it’s one of my favorite discs to throw when there’s a strong wind or I need to throw far and straight on a specific hole.

I recommend trying out the Thunderbird in star plastic because it allows the disc to break in and be thrown with more initial turn.

Overall, the Thunderbird is consistent, feels great to throw, and has minimal fade once it starts losing speed.

The Thunderbird is great for:

Read more about it in my full Innova Thunderbird review. 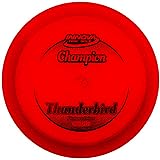 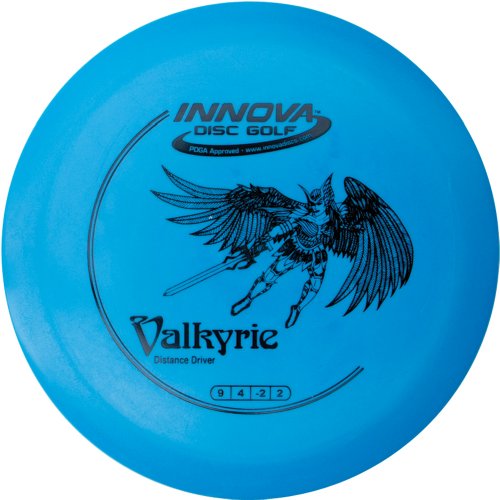 One of the best fairway and control drivers for beginners, the Innova Valkyrie is an understandable disc that’s popular with players of all skill levels.

Most people tend to throw it on holes that require turnover shots and even rollers in some cases. If you’re still working on perfecting your backhand form, it’s easy to tell what you need to improve on when using the Valkyrie.

Like most of the other fairway drivers from Innova, the low fade number makes this disc more precise and easy to aim at your target.

That doesn’t mean you can’t throw it far though, the Valkyrie can be ripped on a flex line and get massive distance for any player!

It has slightly less glide than the Thunderbird, but it’s more understable and can be used for a different combination of throws.

The Valkyrie is great for: 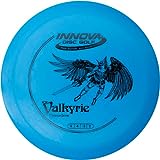 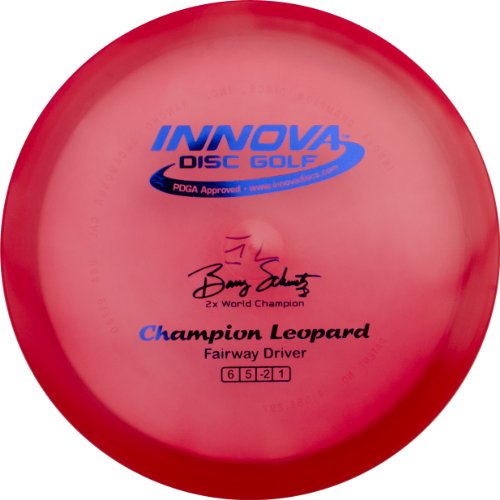 The Innova Leopard is another understable fairway driver that Innova has been making for years. It’s not difficult to throw which makes it popular with new players, but even the more experienced players can find use with the disc.

My favorite part when throwing the Leopard is watching as it carries and glides towards the basket with only a small amount of hook at the end.

Because of the lower speed rating, it’s easy to get more distance throwing the Leopard than it would be trying to rip a 14-speed distance driver.

Just like with other fairway drivers, I prefer using star plastic even though it won’t hold its form for as long. After using start plastic for a while, it will become more understable and works well for shorter, turnover shots.

The Leopard is great for: 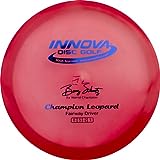 How to Choose the Best Innova Fairway Driver – Buyer’s Guide

When it comes to finding the perfect fairway driver I tend to focus on the fade, stability, and plastic mold of the disc.

Most of the time when a fairway driver is being used is on either a tight fairway or a wooded hole on the course. Having a disc that will travel far and straight before tailing off is huge if you want to improve your game and overall scores.

Discs like the Teebird and Thunderbird are popular options because they can be thrown straight at the basket with less chance of them fading off your line.

Other fairways like the Firebird are tough to throw on a straight line, but they give you more options to swing a disc around a tree or other obstacle on the course.

Choosing the right plastic mold for your fairways can be tough but a key part of getting the most out of your new disc.

When it comes to Innova plastics, the champion mold is the most durable but expensive, while star plastic is cheaper and will begin to lose the flight characteristics quicker.

Star plastic can make it easier to shape shots and get a full flex line, which is why I prefer using star plastic on most of the fairway drivers.

Stability is an important feature to consider for all discs, but it’s especially true when it comes to fairway drivers. When a disc has a higher speed, it allows you to put some power and torque behind the throw with less risk of it turning over and losing control of the shot.

A lot of fairway drivers are overstable so that you can snap the discs out of your hand and hit the specific line you were aiming for.