When it comes to disc golf discs, there are a few that stand out among the rest. The Discraft Buzzz is one of the most popular discs of all time, so many players wonder about how the Buzzz SS compares.

Though they may seem similar at first glance, there are some distinct differences between the two popular midranges.

In this article, I’ll go over my experiences using both discs and will compare how the Buzzz and Buzzz SS match up. 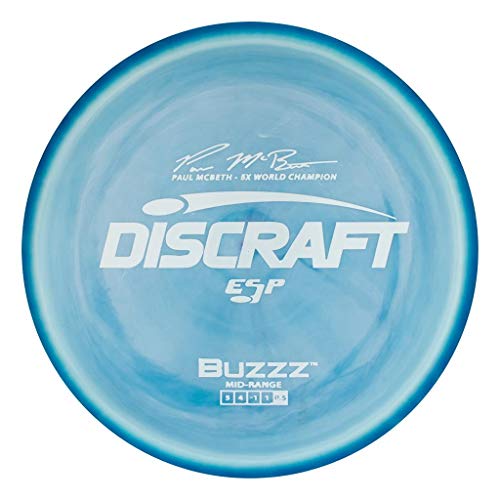 The Discraft Buzzz is a stable midrange disc that is perfect for all skill levels. It has a rating of 5, 4, -1, 1 and is ideal for both beginner and experienced players. The Buzzz is perfect for those who want a disc that they can rely on to fly straight every time with very little fade during the flight. 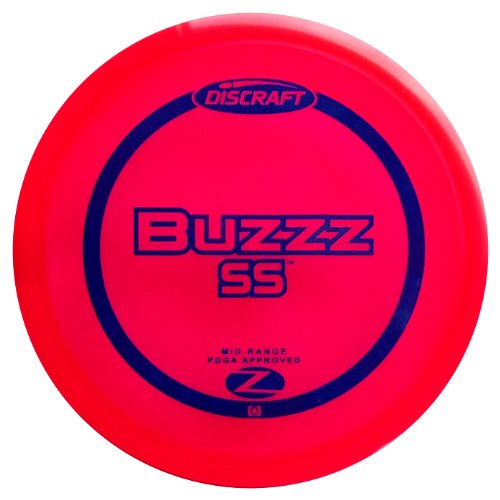 The Discraft Buzzz SS is an understable midrange disc that is perfect for beginner players. It has a rating of 5, 4, -2, 1 and is ideal for those who want an understable disc that can be thrown straight. The Buzzz SS is the perfect choice for players who are looking to improve their accuracy and control.

The Discraft Buzzz and the Discraft Buzzz SS are both midrange discs. Compared to most midranges, the Buzzz discs are designed to fly straight and are perfect for players of all skill levels.

Both the Discraft Buzzz and the Discraft Buzzz SS are easy to control discs. They are both designed to fly straight and provide beginners with a forgiving flight path. Since they’re slower speed discs, they don’t require a lot of speed for a good throw that carries.

The Discraft Buzzz and the Discraft Buzzz SS are both designed to provide players with consistent flights. If you release either one on a straight line, they’ll continue to move forward on that line. There are a few key differences that you should know about before deciding which disc is right for you.

Either way you won’t have trouble controlling either one of these discs from Discraft.

Even though they have similar profiles and flight ratings, the available plastics are different for each disc.

Any player will be able to pick up the Buzzz or Buzzz SS and be able to throw effective and straight throws. They’re both designed for beginners and up, although I will say the Buzzz SS is slightly more difficult to throw because it has less stability.

The Buzzz can be found in all of the following plastic grades:

The Buzzz SS has fewer options and can be found in these plastic options:

When I’m looking at a tight throw, the Buzzz or Buzzz SS are two of the first discs I would reach for. They’re easy to control and as long as you aim correctly, you’ll have no trouble getting through any gap on the course.

Even if you’re not facing a narrow line, being able to throw a straight shot is super important while playing. One of my favorite uses for either disc is when I’m in the fairway and have a straight line to the basket.

Since both discs are slow with little fade, it’s easy to get them to land soft and flat on your approaches.

Either way, both discs have a decent amount of glide and will carry far without much power on your throws.

The Discraft Buzzz is one of the most accurate mid-range discs on the market thanks to its stable flight path. The Discraft Buzzz SS is also a very accurate disc, but the stability of it makes it slightly more difficult to control.

Hopefully these points above made it easier for you to decide on the best disc! If you’re looking for other similar discs, here are some Buzzz alternatives from other brands.