Over the last few years of disc golf, the MVP brand has been one of the faster-growing disc golf brands. They’ve been designing and creating new and exciting discs that have been enjoyed on the course by tons of new players.

With so many discs each year it can be tough to find the best disc for your game. That’s why I decided to create this guide on the best MVP discs that might be your next favorite disc to throw!

This guide will go over some key information like disc type, speed, as well as what you should look for when looking around at the different MVP drivers, midranges, and putters.

Quick Answer: The best MVP discs are the: 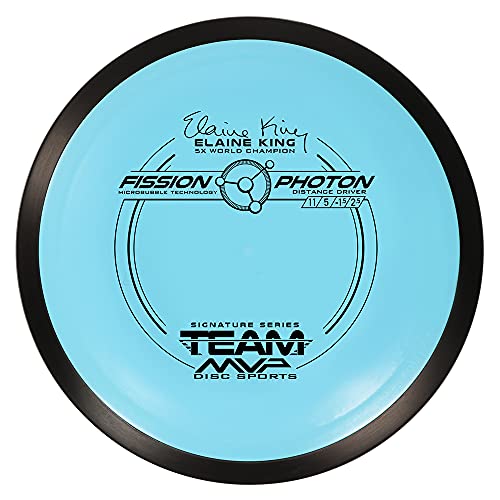 The Photon is one of the most popular high-speed drivers from MVP. Most players who throw the Photon can easily reach max distances without as much arm speed.

It’s pretty flat which makes it easy to grip and throw for sidearm throwers as well as the more standard backhand drives.

Although it’s only an 11 speed driver, complete beginners might struggle to throw it far if they don’t have enough power and speed behind their throws. One thing I really like about the Photon is that it has a consistent and reliable fade that’s easily controllable with a little bit of practice. It’s also overstable and thin enough to cut through headwinds, especially for powerful throwers.

If you’re looking for a fast disc with a lot of glide, you’ll be happy when throwing the MVP Photon. It has a nice flat profile which makes it easy to throw and control for both forehand and backhand drives. 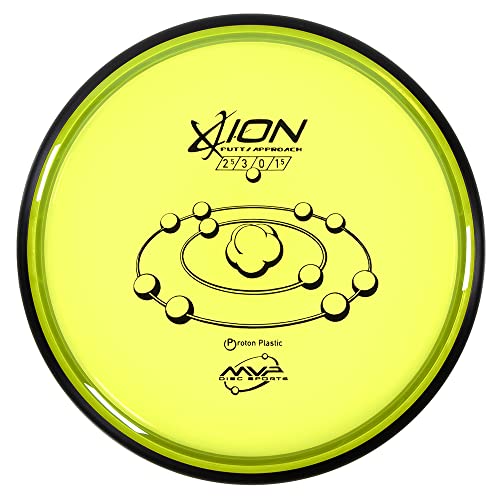 The MVP Ion is a stable putter that’s often used for approach shots as well as further putts. It is beaded, so if you usually prefer beadless discs it might take some practice to get used to the different feel.

One of the best uses for the Ion is throwing it straight and low so that it continues moving forward until it slows down and slightly fades out. Even with powerful throws the Ion will hold the line with a good amount of glide for such a slow disc.

I’ve enjoyed carrying and using an Ion as my approach putter because it has a lot of flexibility and versatility in the types of throws and approaches that you can accomplish.

The Ion is a great approach disc that should easily set you up for a nice and close putt attempt. Even with powerful throwers, this stable putter handles the speed and distance extremely well. If you’re looking for a disc that’s capable of gliding and holding straight lines, the MVP Ion is one you should consider. 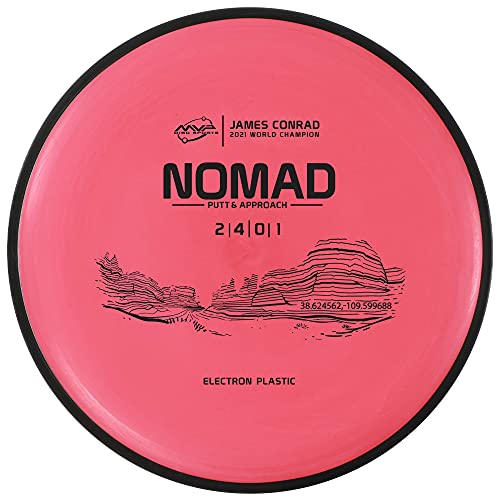 After signing professional player James Conrad, MVP worked with him to create the Nomad, the first disc in his line. It’s a putter that performs well for approach shots that slowly fade down into the green.

With the MVP Nomad, a smooth release combined with good angle control will leave your disc landing within circle one of the basket pretty often. It has a lot of glide which really helps the disc carry down the fairway, no matter how much power is put behind the throw.

One thing that I love about the Nomad is how beginner-friendly this disc is. It doesn’t require perfect form to control, and all players should be able to improve their approach game with a putter like this.

Any player who wants a reliable approach disc should at least try out the Nomad during practice or a round. It feels comfortable and does a great job at turning slightly during the flight and landing softly when it starts to slow down at the end. 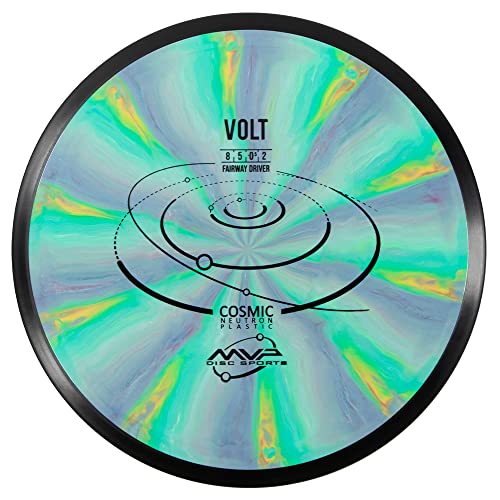 The MVP Volt is an overstable fairway driver that’s designed to be thrown for long and accurate shots from anywhere on the fairway. If you release it at the right angle it’ll travel on a straight line as it continues to carry and glide for a strong and far throw.

From my experience throwing the Volt, it’s a great go-to disc for any type of tight fairway, including narrow tunnel shots through the woods or mandatory.

It’s important to mention the stability of the Volt since it opens up the different types of throws that you can use. With a bit of practice, the Volt can be maneuvered and manipulated to hit almost any line on the course.

With the MVP Volt, players of all skill levels should be able to get distance and accurate approach shots with this overstable fairway driver. The shallow rim makes it fit comfortably in the hand, and I and other players like the feel for sidearm throws as well. 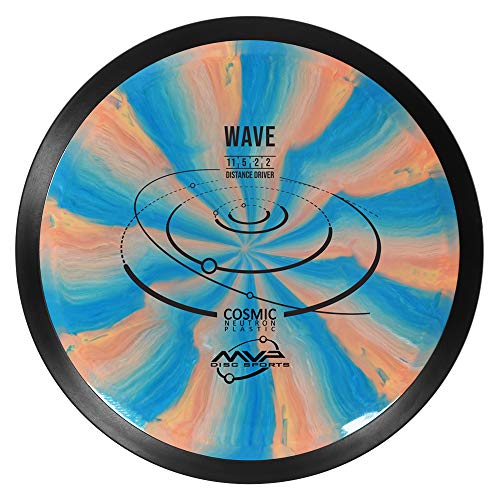 The MVP wave is a slightly understable to stable distance driver with a small amount of turn and fade at the end of the flight. The best feature of the Wave is that it can be thrown in a variety of ways, all while being thrown for more distance.

Players with a lot of power in their throws will be able to throw effective turnover shots that continue to push forward and glide. Hyzerflips are another popular shot that you’ll often see being thrown with the Wave.

The wide rim on the disc profile helps it cut through headwinds or tailwinds that you might encounter while playing. I definitely recommend the Wave for anyone who wants more distance on their drives but doesn’t have the arm speed for higher-speed distance drivers.

The Wave from MVP does a lot of great things, from helping disc golfers get more distance to learning to master all of the different throws. It has a lot of glide for an 11 speed driver, and if you get a clean release this disc will soar fast and far toward the pin.

How to Choose the Best MVP Discs – Buyer’s Guide

These discs above only cover a small amount of the MVP inventory, and they might not match what you’re looking for in a disc. Thankfully there are plenty of other options, so here are some key things to focus on when choosing your next MVP disc.

The first thing to figure out is which type of disc you’re looking for, whether it’s a midrange, fairway, or distance driver. Each disc category will have different features, speeds, and uses on the course.

I find stability to be one of the most important factors in how the disc will feel and will fly when thrown. Some players prefer to throw mostly stable or overstable discs, while others like the flexibility of using an understable disc.

It’s hard to perform well with a disc that feels uncomfortable in your hand. That’s why you should consider the plastic type of the disc since that impacts the amount of grip and the overall feel when throwing.

The available plastics from MVP are Neutron, Cosmic, R2, Proton, Plasma, and Eclipse.